Hey! These docs are for version 1.1, which is no longer officially supported. Click here for the latest version, 1.6!

We’re experimenting with using the Raspberry Pi camera as FarmBot’s main downward facing camera. This is because most borescopes are designed to be focused at very short distances (10cm or less) while the Raspberry Pi camera can easily focus at the distances we need. Initial thoughts are that the camera affords much higher resolution photos and videos, it is physically large and requires an expensive and complicated mounting plate and cover, its bulkiness is an eyesore, and its ribbon cable is difficult and/or infeasible to connect to the pi through the 2.5+ meters of cable carrier.

The new tool bay is a single bent piece of aluminum that gives it greater strength and reduces the number of unique and total parts in FarmBot.

The new gantry corner brackets are single bent pieces of aluminum that combine the functionality of the previous version’s gantry corner plates, motor mount plate, and driveshaft bearing plate. The new design significantly increases the rigidity of the conenction between the gantry main beam and the gantry columns particularly against forces exerted in the x-direction on an extended z-axis (such as during tool mounting and dismounting).

The first iteration of the belt clip component introduced in v1.0 was made of 3D printed plastic. However when the component was exposed to medium belt tensions and heat from the sun, it deformed and the belts became loose. The v1.1 belt clips are made of aluminum to mitigate this problem.

We’re testing out a version of the cable clip that is a bent metal plate. This may be unnecessarily expensive considering what the component is used for and the small loads it must endure.

In this version of FarmBot Genesis we experimented a lot with bent metal plates, particularly for the z-axis motor mount, the cable carrier supports and mounts, the tool bay, the cable clips, the gantry corner brackets, and the z-axis cable carrier guides. Some of the prototypes we had made were excellent, while others were less impressive. The main problems we had were as follows: 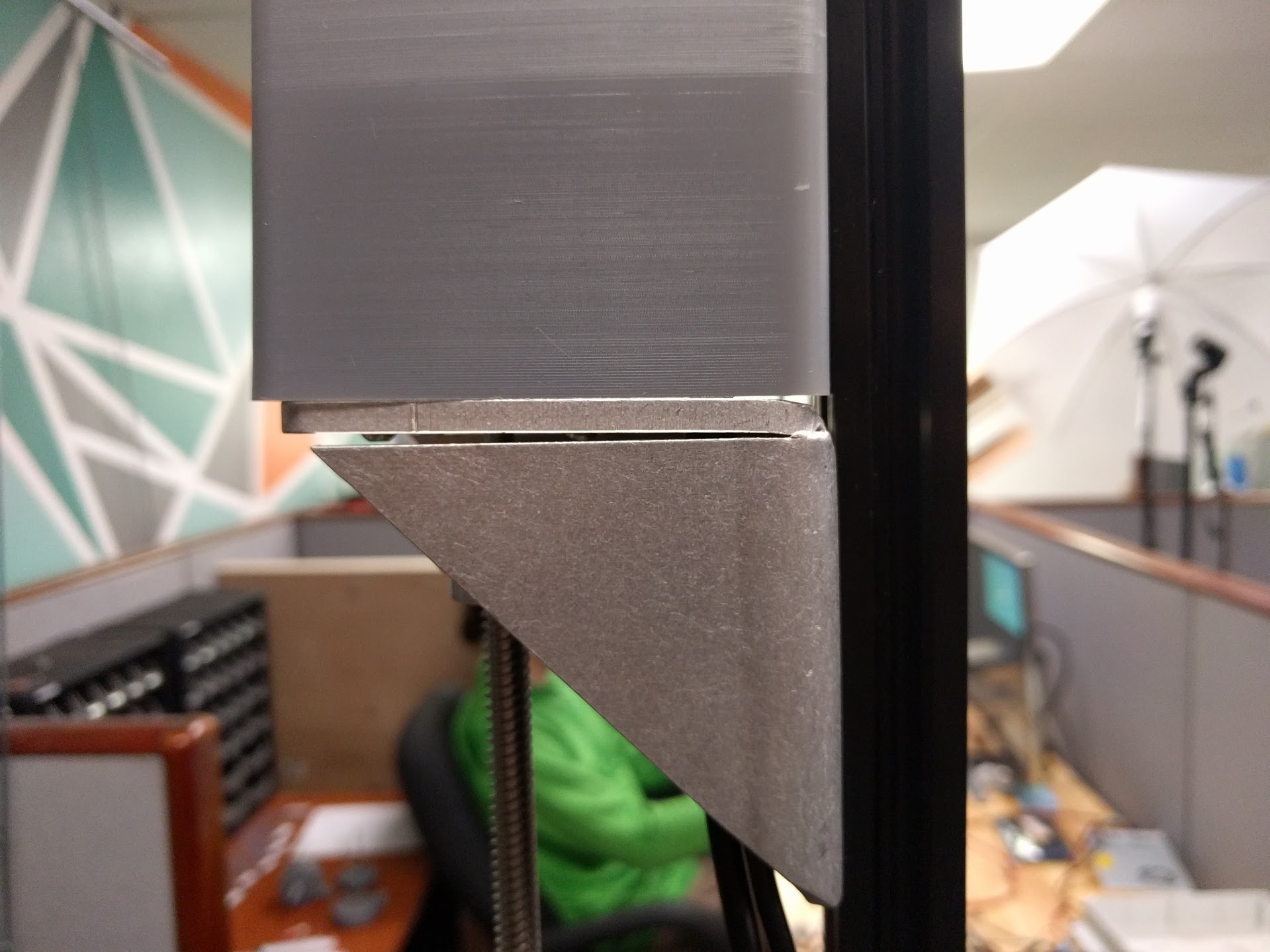 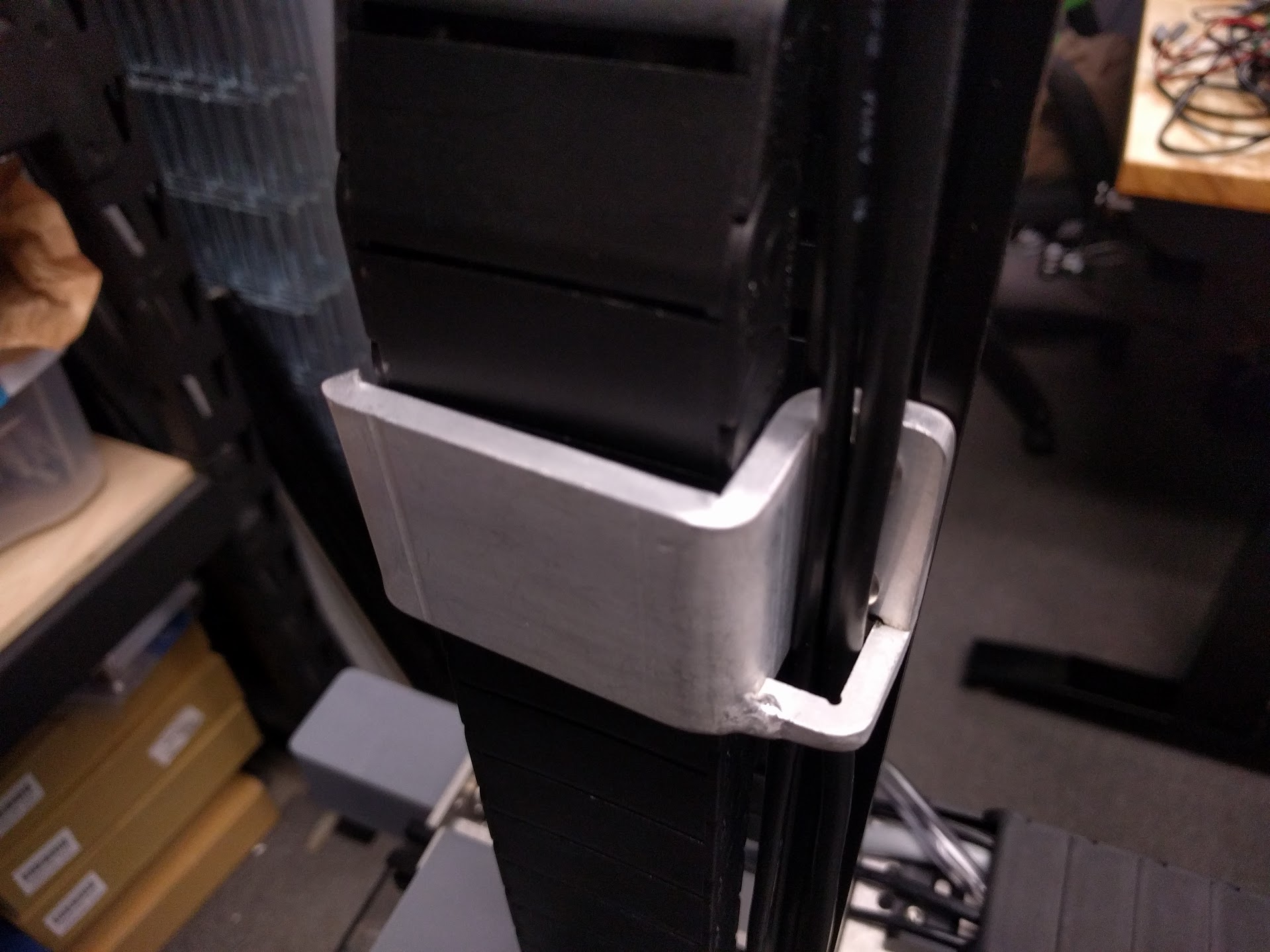 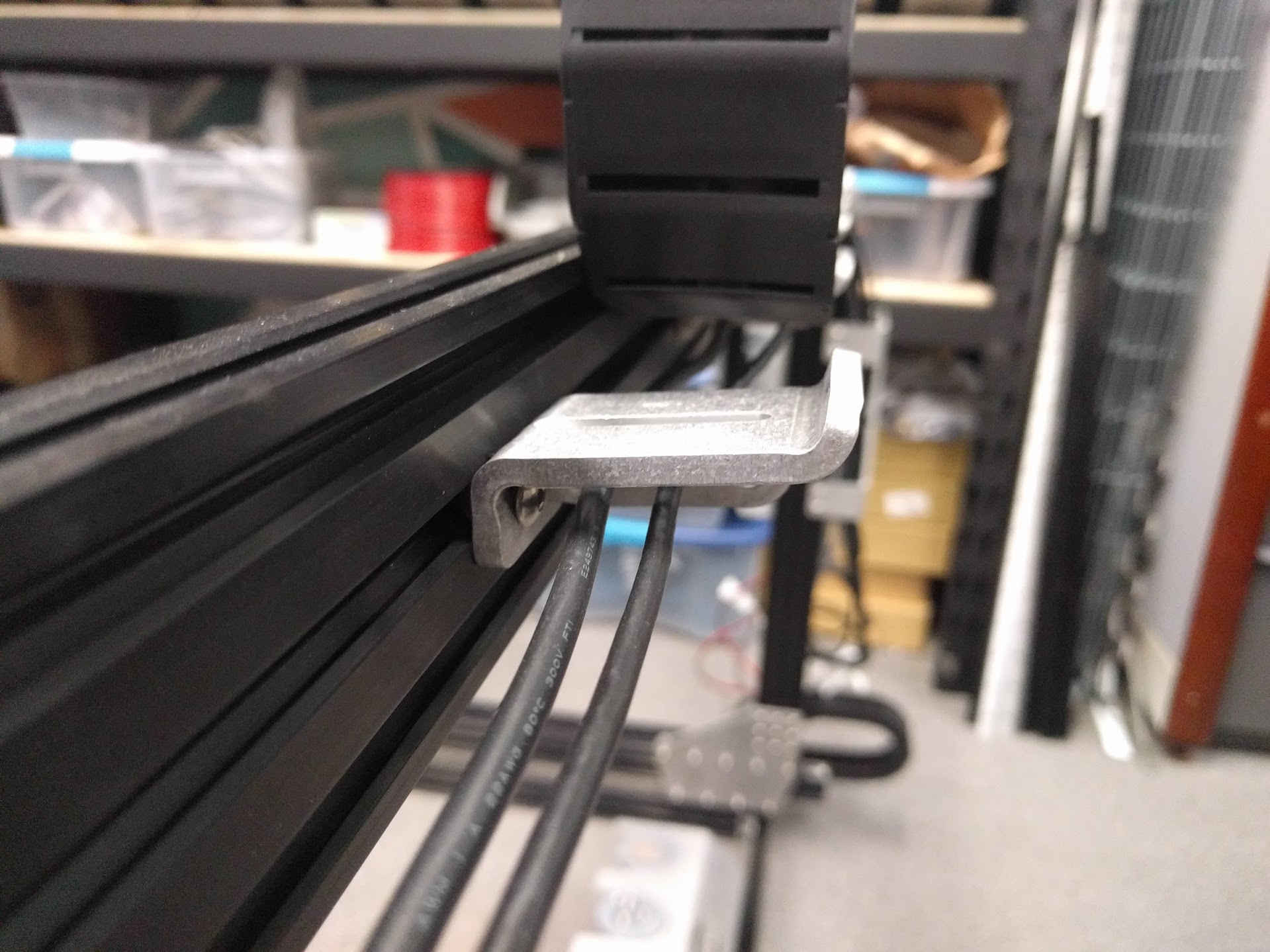 Bent back edge does not sit well against the extrusion 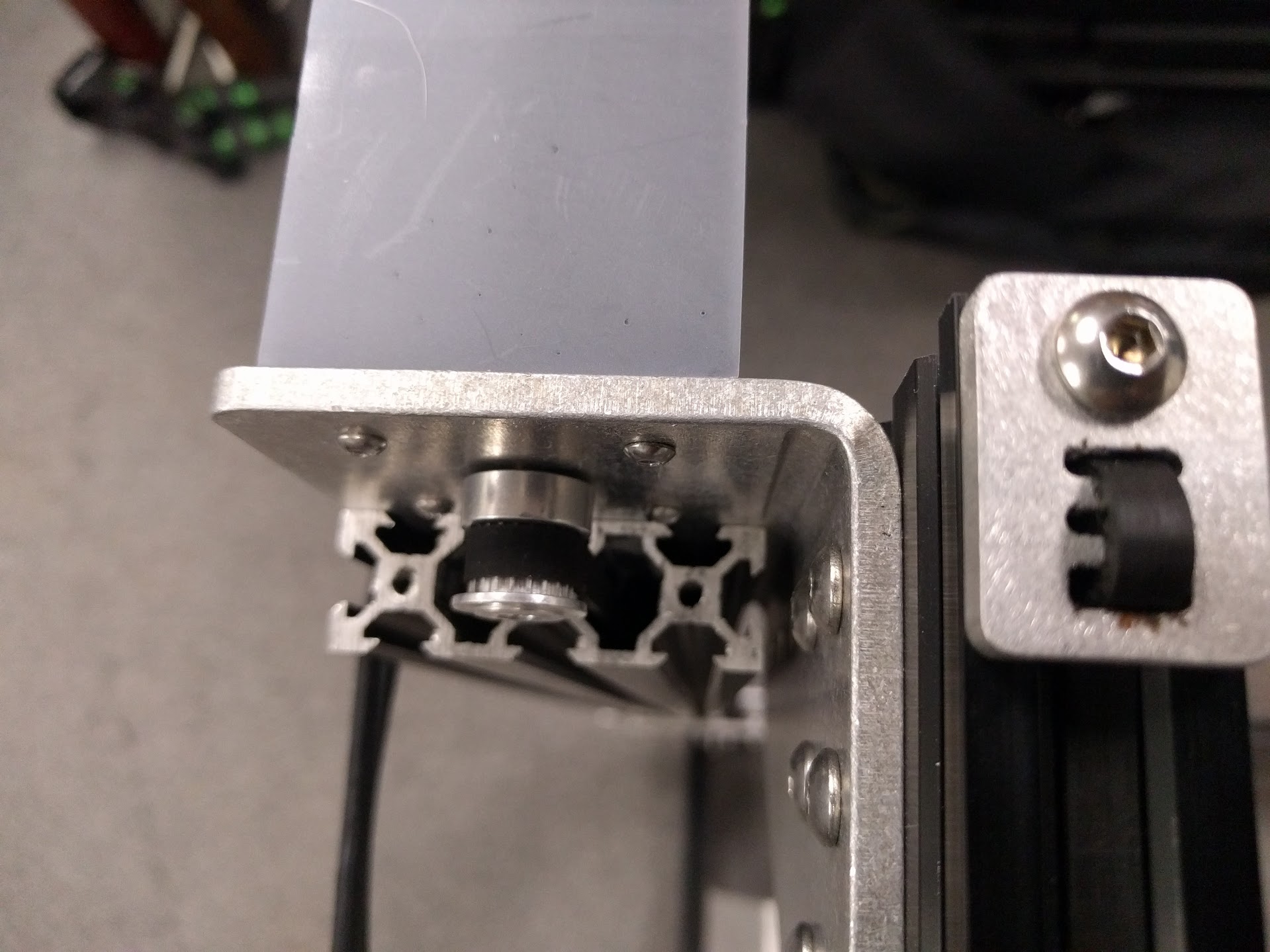