Hey! These docs are for version 1.1, which is no longer officially supported. Click here for the latest version, 1.6!

The camera is not a typical FarmBot tool in the sense that it does not mount onto the universal tool mount and it is not stored in the tool bay. Instead, it remains fixed in place on the z-axis next to the UTM and can be used at any time, even when other tools are mounted.

The camera itself is the v2 Raspberry Pi Camera. It is connected directly to the raspberry pi and can take photos for weed detection, time lapse photography of your plants growing, and video for live streaming what is happening at the UTM.

Step 1: Gather the Parts and Tools

Gather all the camera parts from the table below and lay them out in a logical manner. To complete the assembly, you will also need the following tools:

Step 2: Attach the Camera to the Mount

Use the four M2 screws and M2 nuts to attach the Raspberry Pi camera to the camera mount. 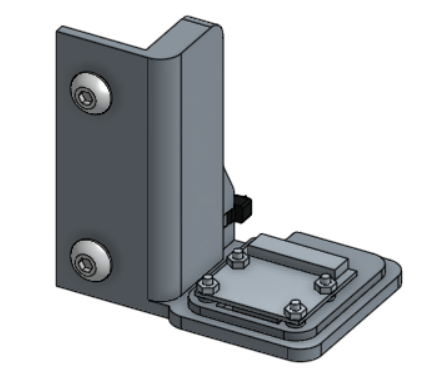 Insert the HDMI cable into the ribbon cable to HDMI adapter.

Plug the remaining ribbon cable end into the Raspberry Pi.

Step 4: Mount Everything to the Z-Axis