FarmBot Genesis and Genesis XL are primarily constructed from V-slot aluminum extrusions and aluminum plates and brackets. They are driven by four NEMA 17 stepper motors with rotary encoders, the Farmduino electronics board, and a Raspberry Pi 3 computer. Current models cover growing areas as small 1m2 up to a maximum of 18m2, and plants as tall as 1m. 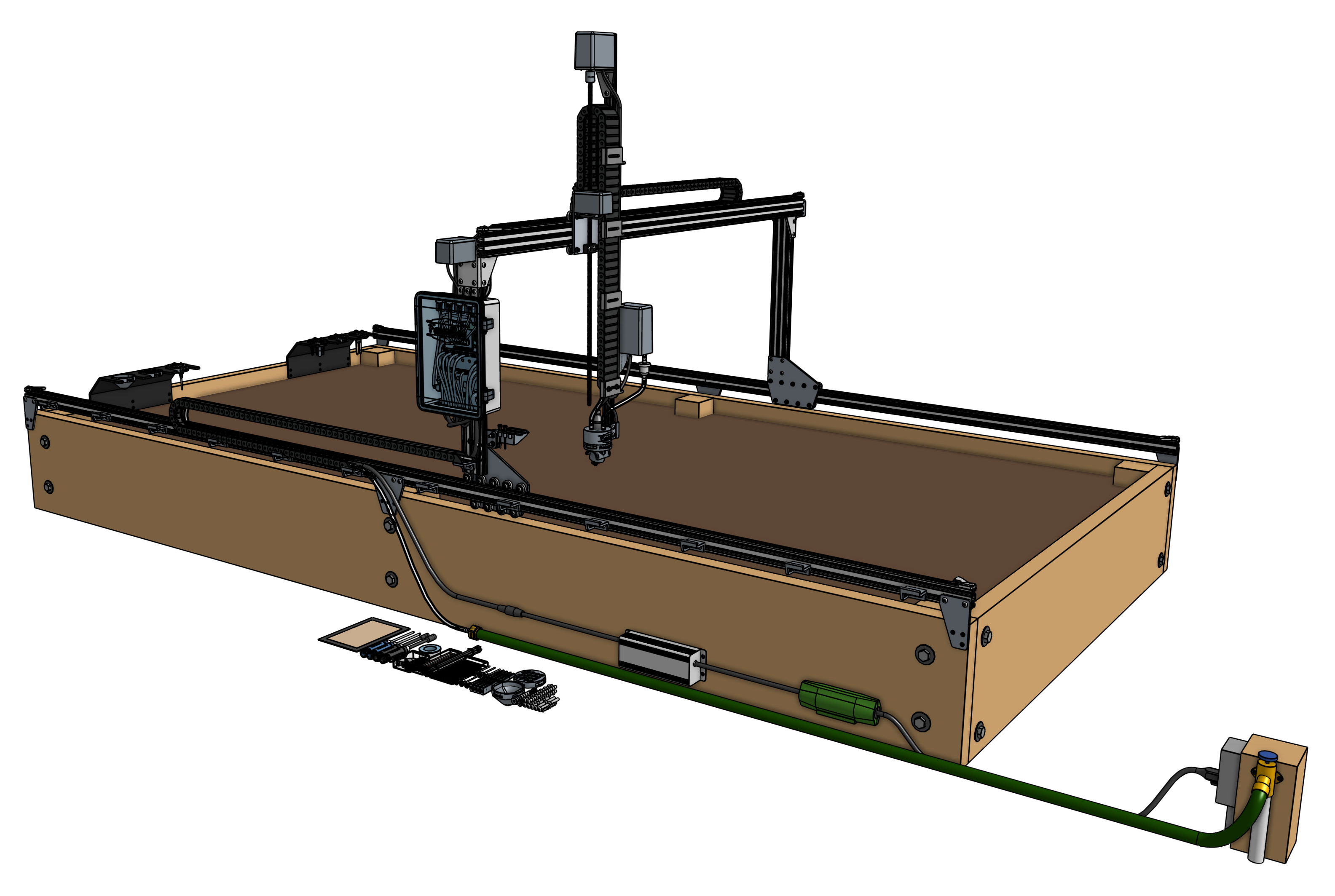 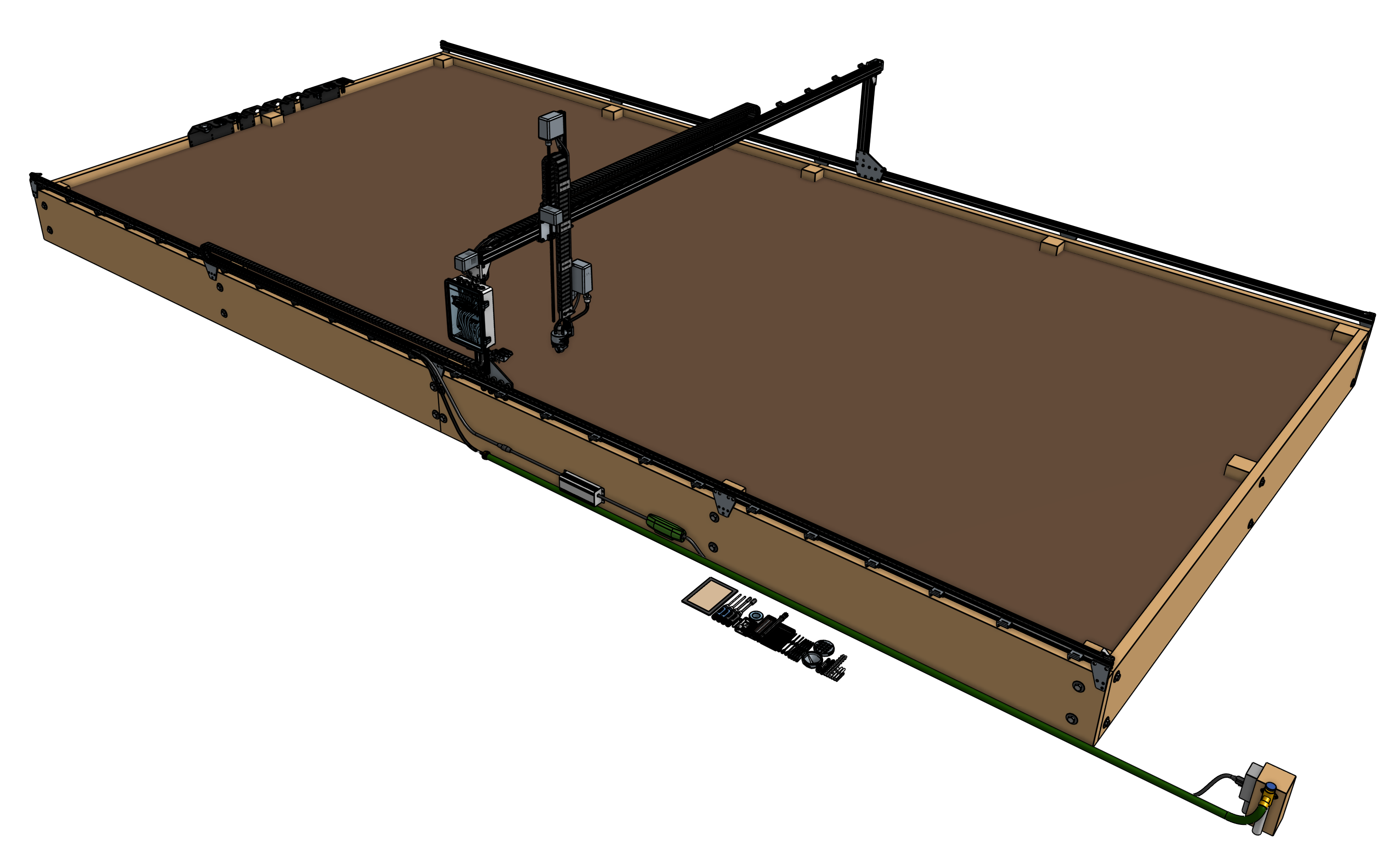 We’ve gone through great lengths to design FarmBot Genesis to be durable, easily assembled and modified with common tools, and upgradeable. Nothing about FarmBot speaks obsolescence or proprietary.

We hope you’ll find our documentation useful and a great starting point for working with FarmBot and making it your own. If you ever have any questions, please head on over to the forum. Cheers! 🍻

Tracks are one of the components that really differentiate FarmBot Genesis from traditional free-driving wheeled tractors. The tracks are what allow the system to have great precision in an efficient and simple manner. There are many reasons of why tracks are superior, a few of which are listed below.

For FarmBots to properly grow taller plants, the gantry, cross-slide, z-axis, and tools must have adequate vertical clearance from the plants. This can generally be accomplished in two ways:

In general, using low tracks with a tall gantry is the better design, especially for larger applications because it saves on material cost, is less of an eyesore, blocks less sunlight, and would be easier to maintain. However, in the case of a FarmBot being installed in a greenhouse or other structure, utilizing the existing walls to support the tracks higher may be a better solution.

The gantry is the the structural component that bridges the two tracks and moves along the x-axis via a belt and pulley drive system. It also serves as a linear guide for the cross-slide to move across the gantry along the y-axis. The gantry can also serve as a base for mounting other tools, electronics, supplies, and/or sensors.

The cross-slide moves across the gantry along the y-axis. This motion provides the second major degree of freedom for FarmBots and allows operations such as planting to be done anywhere in the X/Y plane. The cross-slide is moved using a belt and pulley drive system and serves as the base for the z-axis to attach to.

The z-axis attaches to the cross-slide and provides the FarmBot with movement along the z-axis. It serves as the base for attaching the universal tool mount and other tools.

The table below shows the cost/m2 of growing area based on the size of your FarmBot. Predictably, the larger your FarmBot is, the lower the cost will be per square meter of growing area. Thus, we recommend installing the largest possible FarmBot in your space in order to get the most value out of the device.

Note that the costs below do not account for supporting infrastructure, which will also increase in cost as the device size increases.