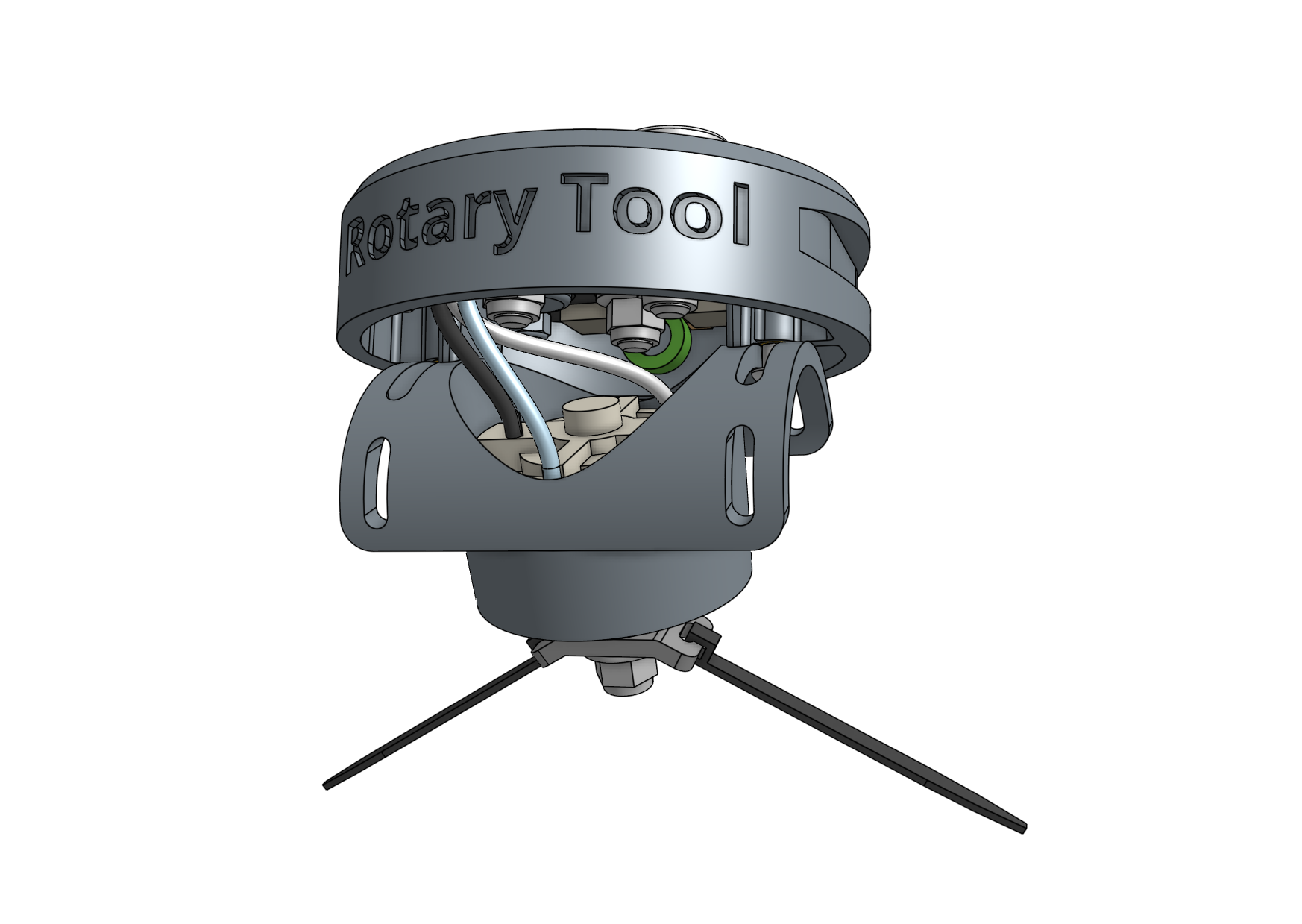 Not a full-blown weed whacker

Do not expect this tool to operate like a full-blown weed whacker. It is not nearly as powerful as your typical hand-held lawn and garden equipment. Thus, we recommend configuring your FarmBot to weed frequently so that weeds do not have a chance at becoming large and established.

Pre-assembled for your convenience

However, even though the tool is fairly low powered, some commonsense precautions should be taken when using the tool:

The angle of the rotary tool’s motor can be adjusted +/- 70 degrees to allow for more aggressive weed whacking. To adjust the angle, loosen or remove the two M3 screws holding the motor to the upper half of the tool. Position the motor at the desired angle and retighten the screws. 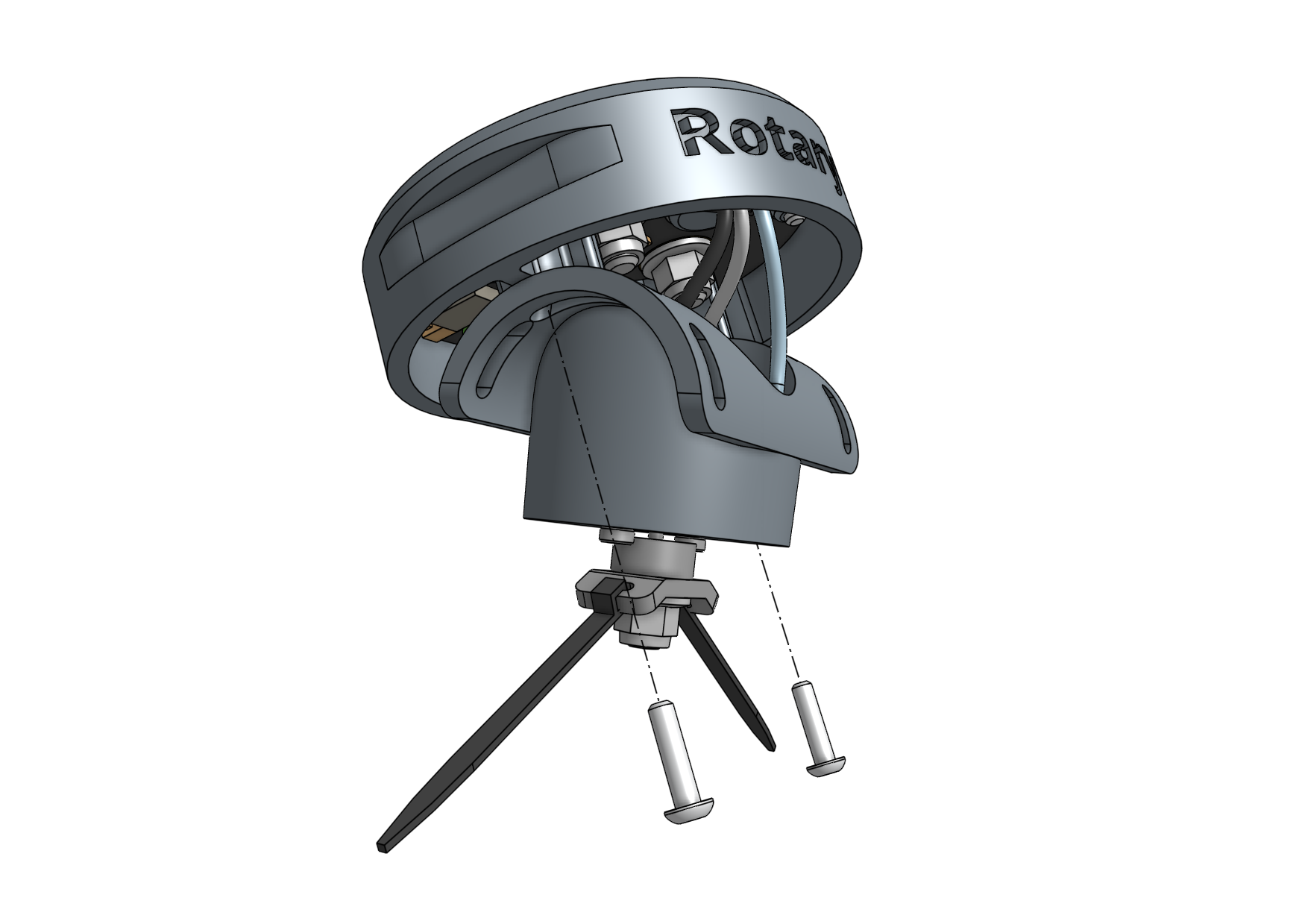 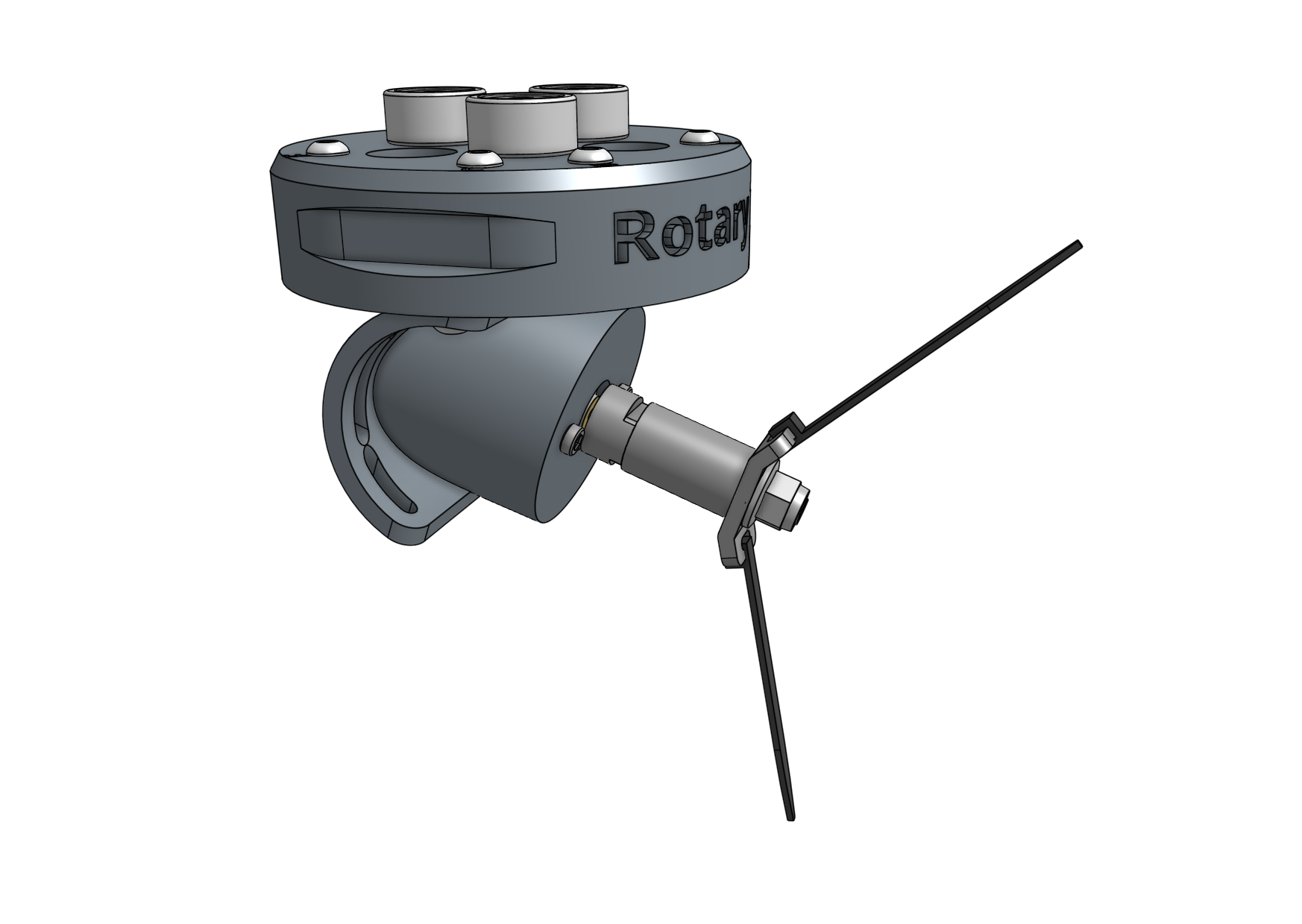 The rotary tool can be configured with the included drill chuck to perform light duty drilling operations with most standard drill bits smaller than 5mm. To use the drill chuck, set the motor angle to vertical and remove any implement currently being used. Then screw the drill chuck adapter onto the motor, followed by the drill chuck. 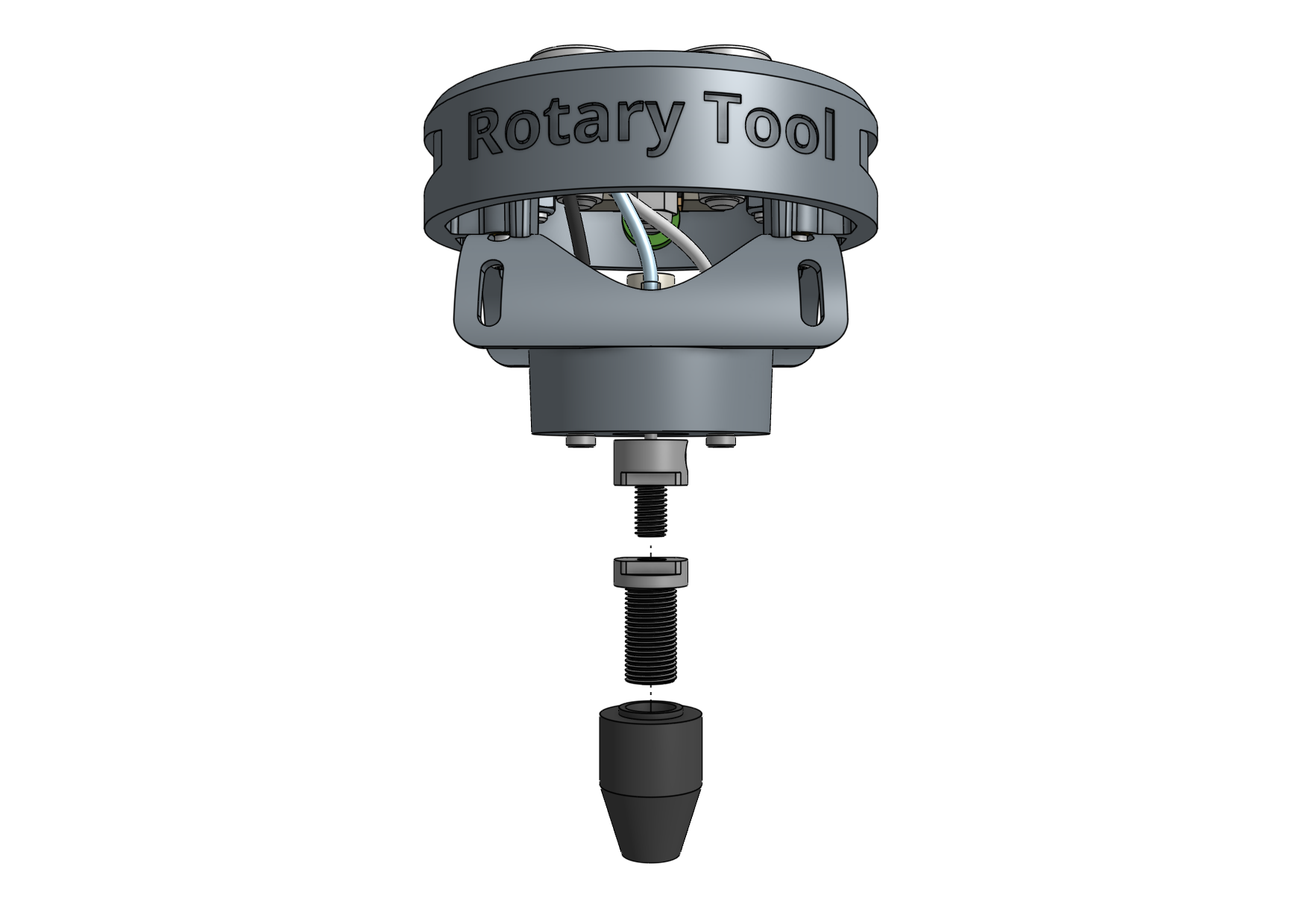